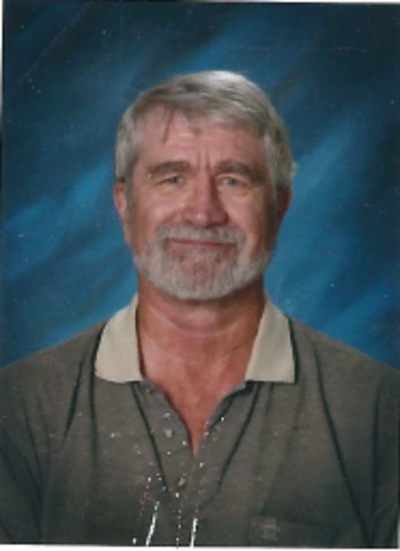 Craig S. Bok passed away at the age of 75 at home on December 13, 2021 after fighting a long battle against glioblastoma.  Craig was born in Bridgeport, CT on October 20, 1946 to Gene Bok and Francis (Kender) Bok-DeAcutis.  He enlisted in the US Air Force after graduating from Central High.  While stationed in Illinois, he met his future wife, Elma Wienen.  They were married for 53 years.

After leaving the Air Force, Craig and Elma moved to Madison, WI where he started his 30-year career with AT&T.  His time outside of work was spent with friends on the golf course, volunteering his time with the Cub Scouts, field trips with their kids’ schools, and an annual camping trip to Poynette, WI with Dousman Elementary School kids.  Craig and Elma semi-retired to Cave Creek, AZ where he worked as a traveling consultant for Tollgrade Communications.  Later he worked as an IT consultant for the Paradise Valley School System until they moved to Hilliard, OH.  Grandparenting, home remodeling, and golf took up his spare time while he worked with the Hilliard School system, again as an IT consultant.  “Full” retirement allowed him to keep golfing and working on projects at their home but also included projects at friends’ and family’s homes, plus other hobbies such as developing a large movie and music collection, digitizing negatives and photos, turning family movies into digital files, and a bit of genealogy research.

Craig is preceded by his parents and older sister, Sharon (Bok) Pavliscak.  He is survived by his loving wife Elma, two sons Michael (Marie) Bok and Matthew (Jennifer) Bok, his five grandchildren Melinda, Andrew, Maggie, Dylan and Dawson, two younger siblings Norman (Suzanne) Bok and Marsha Bok, and his brother-in-law James Pavliscak. Just like the gentle giant he was, he leaves a giant hole in the lives of everyone who knew him. The family wishes to thank the staff of Summit Hospice who cared for Craig the last three weeks of his life. They made his final journey easier. The family is also grateful to the many friends who have helped us in so many ways this last year. After cremation by Tidd Funeral Home of Hilliard, his ashes will be interred at the National Cemetery in Cave Creek. A memorial will be planned at that time. At his request, no local viewing or services are planned.

To send flowers to the family in memory of Craig Bok, please visit our flower store.