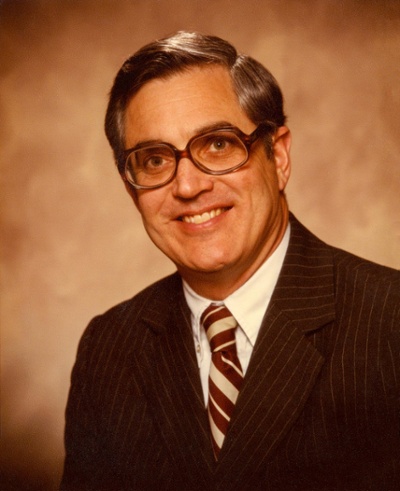 Charles Brittain Zehnder of Upper Arlington, Ohio was united with his Lord and Saviour, Jesus Christ, on Friday, May 31, 2019.  “Chuck” was preceded in death by his father, Charles Walter Zehnder. He is survived by his wife, Beth; daughters Julie Berend, Betsy Morrell, Katie Tew, and their husbands; mother, Anne Dameron; brothers Mark Zehnder, Steven Zehnder and his wife Tammy; grandchildren Ellis, Zachary, Zane, Bess, Grace, Anne, Roman, John-Mark, John-Paul, Alexander, Ellie, and Madeleine; nephews David, Kyle, Kevin and Dakota. Chuck was born in 1939 in Pittsburgh, Pennsylvania to Charles and Anne (Brittain) Zehnder.   Chuck married his beauty and his love, Elisabeth (Beth) Hall Lee, in 1962 in Hempstead, Long Island, NY.  He graduated from Case Institute of Technology in 1961 with a degree in Mechanical Engineering, then Ohio State in 1966 with an MBA, and finally he earned a Masters in Accounting from OSU in 1976. Chuck was called into the Air Force in 1961 during the conflict at the Bay of Pigs and the erecting of the Berlin Wall.  He maintained the B-58 aircraft at Bunker Hill Air Force Base and rose to 1st Lieutenant during his term of service. After completing 3 years in the military, Chuck and Beth moved with their daughters to Hong Kong where he took over as commercial manager of the world’s largest private housing complex, Mei Foo Sun Chuen, built by the John W. Galbreath Company.  During that time, Chuck served as treasurer of St. Andrews Anglican Church in Kowloon, where the family attended services. After returning to the States in 1975, Chuck made a brave decision to change fields, entering the field of Accounting so he could control his hours and be present for his girl’s athletic meets.  He studied for his CPA license while starting a CPA firm from scratch. He grew the firm steadily, and in 2005, proudly sold the firm to his employees, only being present during busy seasons. Returning to his “country boy” roots, Chuck purchased a farm in Marysville and worked it with his brother until his recent illness.  Chuck had a fervent love for his wife of 56 years and his family.  He and Beth spent hours at softball games, swim meets, track meets and cross-country meets, cheering on and coaching their girls....and in time their grandchildren.  Chuck deeply loved to study God’s Word and to pass on his understanding of the Lord to his wife and daughters, as well as to extended family and the community through Bible study and conversation.  His extraordinary abilities in business and finance were informed by his faith. He did not credit himself, but wholly believed that all he had was a gift from God. This led to generosity for all, from family to academic institutions to the waiter to the paper boy. He loved serving beef tenderloin to those who had never tasted it.  He grilled hundreds of hamburgers for Young Life leaders of Columbus and bought turkeys at Thanksgiving for the teachers and staff at Tree of Life School. He and Beth were also devoted supporters of numerous missionaries abroad. Chuck will be dearly missed by his beloved Beth and family.  Their hope lies in Jesus Christ, the resurrection and the life, who conquered death and has raised Chuck to new life in Heavenly glory.

There will be a Memorial Service at RIVERSIDE BIBLE CHURCH, 5330 Olentangy River Road, Columbus, OH 43235 at 2:30p.m. on SUNDAY, JUNE 9, 2019 with a reception to follow.  In lieu of flowers, donations can be made in Chuck’s memory to Riverside Bible Church,  Missionary Fund or Samaritan’s Purse International Relief.

To send flowers to the family in memory of Charles Brittain Zehnder, please visit our flower store.