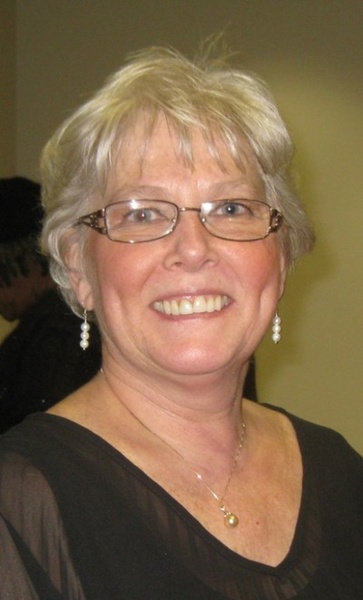 In loving memory, we share that Carol Elizabeth Thompson passed away peacefully in her sleep on Thursday, February 10, 2022 surrounded by her husband Mark, her children Kane, Aaron, and Katee, her sister Judy, and her brother Kerin.

Carol, and her twin brother Charles, were born in Jersey City, New Jersey on May 29, 1949 to Dorothy (Bott) and Charles Resch.  The growing family lived in Jersey City for four years before moving to the New Jersey coastal town of Eatontown where Carol developed her love for the ocean and attended grammar school and Red Bank Catholic High School.

After graduation, Carol embarked upon her lifelong career as a nurse by attending nursing school in Jersey City and then joining the United States Navy, where she was initially stationed in Boston, Massachusetts.  She later attained the rank of Lieutenant and was stationed in San Diego, California.  Upon completion of her service to the country, Carol moved to Ohio, initially living in Elyria before settling in Hilliard.  In the Columbus area, Carol continued her career as a Registered Nurse working at Mount Carmel Shaver Medical Center, Riverside Methodist Hospital, and, for 20 years, the Worthington Industries Medical Center.

Carol was kind to everyone, offering a beautiful smile and easy demeanor while carrying the burdens of others with ease.  She also was tough, strong-willed, and a model of independence and self-reliance. Most of all, she was fiercely a mother.  She unconditionally and unselfishly loved her children and supported them through all their highs and challenges in life. Carol and Mark, her loving husband of nearly 40 years, enjoyed many wonderful times together, making friends in the community, camping and traveling.

To say that her family and friends will miss her greatly is an understatement. To her many patients, fellow nurses and the doctors she worked with, Carol was a well-respected professional and cherished colleague.  Carol was also loyal to her many friends and most importantly a wonderful wife and mother. Carol’s indelible legacy lives on in her 8 grandchildren, Gage (16), Grace (13), Addison (10), children of Edward and Katee White; Sydney (11), Isaac (9), children of Aaron and Allison Thompson; Chloe (13), Sadie (10), Sofia (10), children of Kane and Jessica Kaiser.

A Celebration of Life will be held at Tidd Family Funeral Home in Hilliard from 4:00-8:00p.m. on WEDNESDAY, FEBRUARY 16, 2022. The family offers its gratitude for the care and support provided by the doctors and staff at the OSU James Cancer Hospital and Pastor Dale and the congregation at Cypress church.  In lieu of flowers, donations to honor Carol’s life can be made to the Alton Darby location of Cypress Church (https://cypresschurch.tv/campuses/alton-darby), The James Cancer Hospital (www.cancer.osu.edu/give), or to your favorite charity.

To send flowers to the family in memory of Carol Thompson, please visit our flower store.