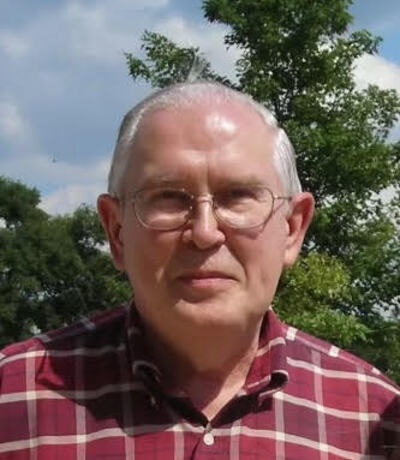 Carl graduated from Ravenswood High School in Ravenswood, West Virginia in 1957. He earned a B.S. in Business Administration from West Virginia University, where he also participated in Army ROTC. In his youth, he sang in choirs, and he enjoyed hunting. As a businessman, he worked for Burgess & Niple and Allis-Chalmers in Columbus before starting a family business, Kuehnert Homes, which provided assisted living services to clients with developmental disabilities. He was proud to have given his clients a better quality of life than they would have otherwise had in state institutions.

A longtime resident of Muirfield Village in Dublin, one of Carl’s favorite pastimes was to walk the trails near the Tournament course, which reminded him of ‘being back in the woods in West Virginia.’ He attended Indian Run United Methodist Church in Dublin, and later Scioto Ridge United Methodist Church in Hilliard. He was a fan of Ohio State football and the Cleveland Browns. His favorite type of movies were Westerns, and he listened to classical music such as Celtic Woman and Celine Dion.

Above all, Carl, who was known affectionately as “Appah” to his family, loved spending time with his grandchildren and great-grandchildren. He marveled at how each generation of children had access to better opportunities, especially when it came to education and technology. He will be remembered as a father figure, mentor, and role model, who had a positive impact on so many people in his life. To anyone who knew Carl, he could be counted on to keep his word and to lead by example.

Family and close friends are invited to a visitation at 1:00pm at TIDD FAMILY FUNERAL HOME, 5265 Norwich Street, Hilliard, OH 43026 (614)-876-1722 on WEDNESDAY, MARCH 30, 2022, followed by a service at 2:00pm. In lieu of flowers, donations can be made to the American Cancer Society in Carl’s honor: https://www.cancer.org/.  Please visit www.tiddfuneralservice.com to share your favorite memories and to send your condolences to Carl’s family.

To send flowers to the family in memory of Carl Kuehnert, please visit our flower store.