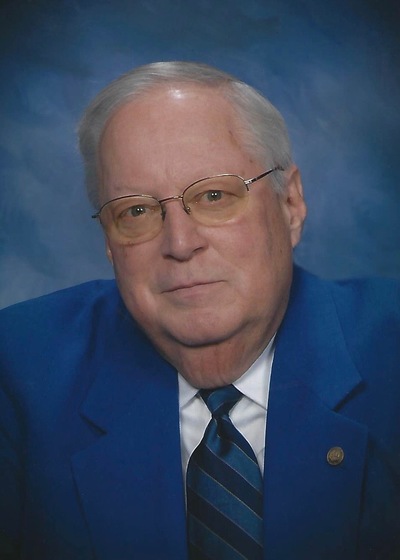 Burton Neal Cantrell, age 84, of Hilliard passed away on October 24, 2019 in Columbus, Ohio surrounded by his beloved family.  He was born in Lakewood, Ohio to the late John D and Mary (Neal) Cantrell on May 31, 1935.  Calling hours will be held at Worthington United Methodist Church from 5:00 to 7:00 pm on Friday, November 1 and also from noon to 1:00 pm on Saturday, November 2.  A funeral celebration at the church will begin at 1:00 pm Saturday, November 2, 2019.

Burton was a graduate of Lakewood High School, Ohio Wesleyan University, and Yale Divinity School, which awarded him his Master of Divinity degree in 1961.

Throughout his life, Burt was a prolific writer.  Along with the many weekly pieces he wrote both as a minister and as a campus chaplain, he wrote and edited newsletters, articles, restaurant reviews, and editorials for the United Methodist Church, Living Single magazine, Ohio magazine, Columbus Monthly magazine, Business First magazine, and The Columbus Dispatch.  He hosted and co-hosted radio and television shows in Youngstown, and he also hosted the show Religious Dimensions on WOSU radio in Columbus.  The depth of his caring for other people grew and flourished, forming a common thread throughout his life.  He was gifted in using poetry, scholarship, and humor as he pushed his audiences to treat each other with kindness and equality.

Because he was deeply involved in so many activities, his brother and others often described him as a true “Renaissance Man.”  While at Youngstown State, Burt was co-founder of the Gates of Eden Coffee House, a “safe place” for all students to meet and converse without the interference of alcohol or of being judged for who they were.  When he arrived at OSU, he opened up the “big, empty building” known as the Wesley Foundation to student and community groups who were not necessarily accepted in many other parts of campus.  As he brought together other campus ministry groups, East 16th Avenue became a more energetic place, with occasional picnics and barbecues on the lawn, bands performing on the traffic island, and movies being projected onto the side of a building.  This soon morphed into the beginning of what is now called ComFest, which honored Burt as one of its co-founders just a few years ago and which carries on his ideals of community action, equality, and peace for all.  Throughout his long and varied ministries, both within and beyond the church, he was alert and watchful, becoming aware of the needs of people, often those hidden or ignored.  Burt was a voice against all injustice, and his strong voice was often heard well before these injustices were noticed or popular.

He wrote, “God is love, and to love one another is to share all we can ever know that is eternal. . .  All that I have lived for has been found in my family.”  Left to carry on Burton’s work are his wife Carol (Wilcox) Cantrell; his children Neal (Kelly Tederous), Mark (Tricia Hurley), Douglas (Julie), Cindy (Richard) Peyton; his grandchildren Emily, Nathan, Grace, Tylan, Elizabeth, Anna, Claire, Maria, Graham; his brother John (Cindy); his sister-in-law Janet (Theon) Payne; nieces, nephews, cousins; and more friends and colleagues than we will probably ever know.

As much as he loved flowers and nature, Burt would have preferred that those who wish to honor his memory donate to a fund that directly benefits people in need.  One of his own favorites was the United Methodist Committee on Relief, which serves people around the world.  More information on how to donate can be found at umcmission.org.

To send flowers to the family in memory of Burton N Cantrell, please visit our flower store.